“Lake Allatoona (rarely called Allatoona Lake, its government name) is a U.S. Army Corps of Engineers reservoir in Georgia, located in northwestern metro Atlanta. The lake is mostly in southwestern Cherokee County, but a significant part is in southeastern Bartow County, and a small part in Cobb County near Acworth. Cartersville is the nearest large town to Allatoona Dam.

Red Top Mountain State Park is located on its shores, on the peninsula between the Etowah and Allatoona arms of the lake. Most of the north side of the lake remains protected from land development because of its isolated location, mostly blocked by the lake.” 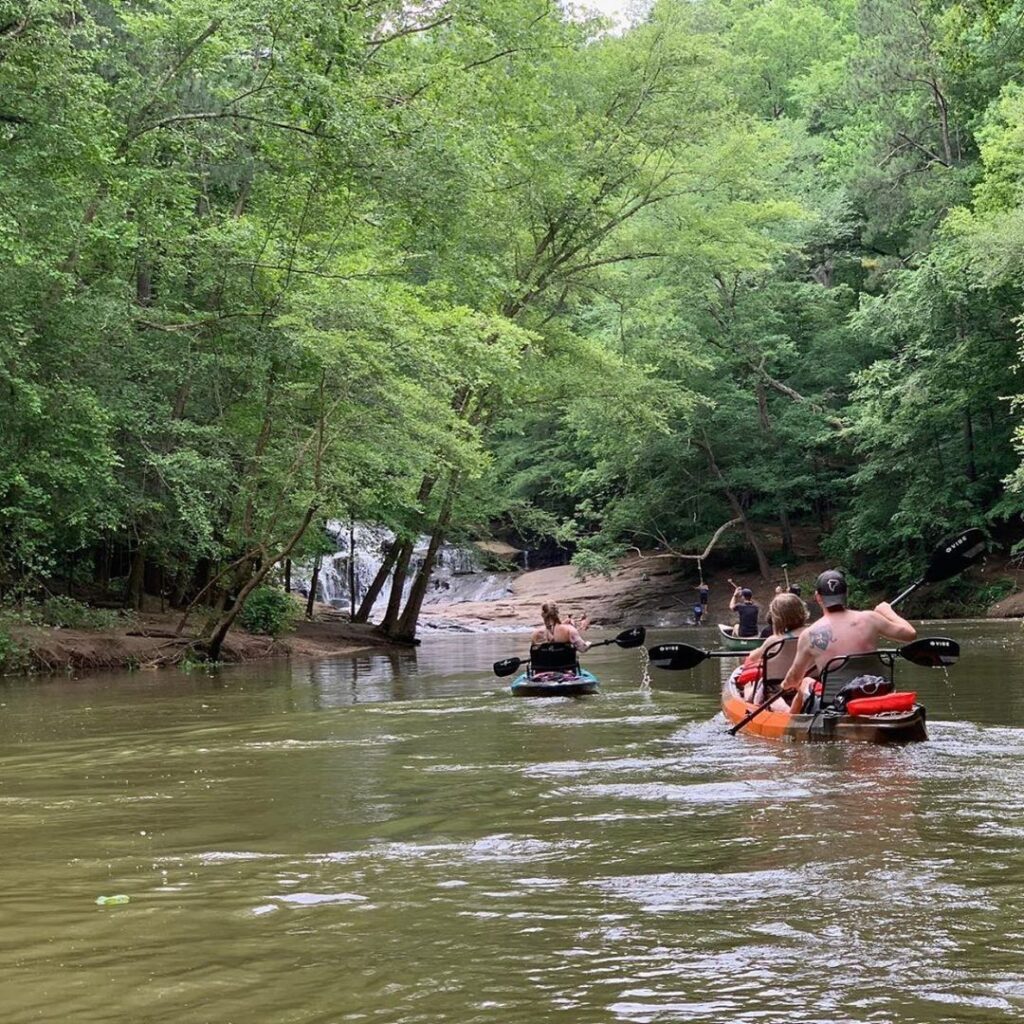 Allatoona Pass was the site of an intensive 8-hour battle during the Atlanta Campaign of the American Civil War in June 1864. More than 1,500 Union and Confederate soldiers were killed, wounded or missing.

The lake was authorized by the Flood Control Acts of 1941 and 1946. The creekside town of Allatoona was destroyed by the creation of the lake. Several roads were also severed or rerouted, including Acworth Dallas Highway.

Visitors to Allatoona spent more than $12 million for consumable goods in 1999.

The Corps collected more than $1 million in camping and day use fees in 2006.

During the late 1980s there was a prolonged drought. The peak of the drought in 1986[2] exposed vast portions of the lake bed revealing tree stumps, roads, and foundations of houses (Wilson’s farm). Grass grew in some places and children were seen to mow the grass and play baseball on the newfound vacant lots.

In 1998 Allatoona clocked 86,813,126 hours, which were more visitor hours than any of the other 450 Corps of Engineer projects in the United States, and exceeded that in 2006 with more than 92 million visitor hours.

The presence of Allatoona Dam has prevented nearly $80 million in flood damages since 1950.

Please feel free to contact Murph with any feedback or questions!